While we’re on the subject of making predictions… I was interested in this post by Roger Pielke Jr yesterday.

Forecasting the future is fraught with difficulties.  It can be even more challenging if people pay attention to your forecasts and use them in decision making.  So it is perhaps understandable that some forecasters seek to avoid accountability for their predictions.

Pielke is responding to the emergence of some embarrassing internal memos from the Met Office, in which the author considers ways to plausibly distance the organisation from its statements. The contents of the MO’s machinations are by-the-by… Pielke continues,

The idea that forecasts, once made, leave an agency “hostage to fortune” is no doubt true, but it can also be crucially important information for the public to evaluate the reliability of future forecasts.  The criticism that the Met Office has faced in recent years results from too much credibility being placed in their forecasts.  Highlighting the true state of predictive capabilities can help decision makers to understand better the uncertainties in forecasting, even if that means low credibility for the forecasters.

This is a point made often here. Over-statement, exaggeration, dramatisation, moralisation, and so on, are all things that have, in the past year created the embarrassment for the climate alarmist. That is to say climate alarmism undermines its own credibility.

The Met Offices recent embarrassments relate to weather more than climate, of course. And as we are often told ‘weather is not climate’ (unless it’s weather that demonstrates global warming). And so there have been predictable (pardon the pun) comments to the effect that the short-term predictive skill of weather forecasters says nothing about their colleagues’ ability to predict future climate. That’s easy for them to say, of course.

While doing some research today, I came across this neat little caveat at the front of a report by AEA, which describes itself as A world leading energy & climate change consultancy. It reminded me of Pielke’s post. 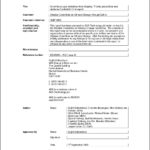 Confidentiality, copyright and reproductionThis report is the Copyright of Defra and has been prepared by AEA Technology plc under contract to Defra. The contents of this report may not be reproduced in whole or in part, nor passed to any organisation or person without the specific prior written permission of Defra. AEA Technology plc accepts no liability whatsoever to any third party for any loss or damage arising from any interpretation or use of the information contained in this report, or reliance on any views expressed therein.

The report was commissioned by the UK’s Committee on Climate Change (CCC), which was established by the Climate Change Act 2008. AEA were commissioned by the CCC to produce a number of reports and analyses, so that the CCC could advise Parliament on what the carbon budgets for each 5 year period to 2050 should be. You can see all the ‘supporting research’ for the CCC’s carbon budget advice to Parliament for the first 3 budgeting periods at the CCCs website, here.

… And each of them contains the same caveat:

AEA Technology plc accepts no liability whatsoever to any third party for any loss or damage arising from any interpretation or use of the information contained in this report, or reliance on any views expressed therein.

There are approximately 60 million third parties to this report, to which its authors accept no responsibility. Yet their futures, and the futures of the millions more who will be born after the Climate Change Act, are in no small way being decided by the content of this report, which its authors accept no responsibility for. And this little caveat gives us a glimpse into the nature of contemporary politics.

At the bottom, are these 60 million people, none of whom has had the opportunity to express their views on environmental politics at the ballot box. At the ‘top’, so to speak, is a Parliament, comprised of parties which have each absorbed environmentalism and climate-alarmism. Yet in spite of this consensus, the parties were unable to interpret ‘the science’ to turn it into policy. So they created the CCC to which they deferred technical, scientific, and economic policy-making. The CCC in turn defer to environmental consultants. Everyone is claiming to be the one ‘saving the planet’, yet nobody is accepting any responsibility for making policy, or for producing the evidence for ‘evidence-based policy-making’.

In normal democratic politics, people have a sanction. Come the beginning of a new electoral term, even if we lack something to vote for positively, political disappointments can be de-selected, or the parties that represent their ideas voted against. Yet what opportunity is there to express our (lack of) confidence in an environmental consultancy which lacks the balls to even put its money where its mouth is? What opportunity is there to challenge the CCC, and the values and ideas it brings to its analysis? And when did the political parties ever have the bravery to reflect critically and publicly on the climate agenda?

Yet the projections supplied to the CCC and to Parliament must stand as equivalent in some way to the ideas which once informed normal politics. That is to say that these projections are political in their function, even if the content of them seems to be scientific, objective, and value-neutral.

Perhaps I am over-stating things here. Perhaps the caveat is a mere formality, designed to pre-empt some unforeseen legal problem. But to me it reads like a get-out clause by an outfit which knows its product is not fit-for-purpose. Like a cheaply manufactured, low-quality knock-off item sold without guarantee out of a car boot or garage sale. Caveat emptor.  Except we don’t buy it… We haven’t bought it. The only people who have bought it are the people who have shirked their responsibilities, but kept their office.

Perhaps the Met Office and the AEA are now beginning to realise the extent to which forecasting and prediction are now political functions. As Pielke points out, ‘The idea that forecasts, once made, leave an agency “hostage to fortune” is no doubt true’… The response has been the ‘plausible denial’ of agency itself: politicians can say, like Blair leaving office, having launched wars from dodgy dossiers, ‘I did what I thought was right‘. Panels of experts can claim that they merely reviewed ‘the best available science’. And those engaged in projecting and forecasting can say that they’re not responsible for the decisions that are made in the light of their research. ‘Don’t blame me, I only work here’…