Huhne Does He Think He is?

What the Minister for Energy and Climate Change thinks about the public: 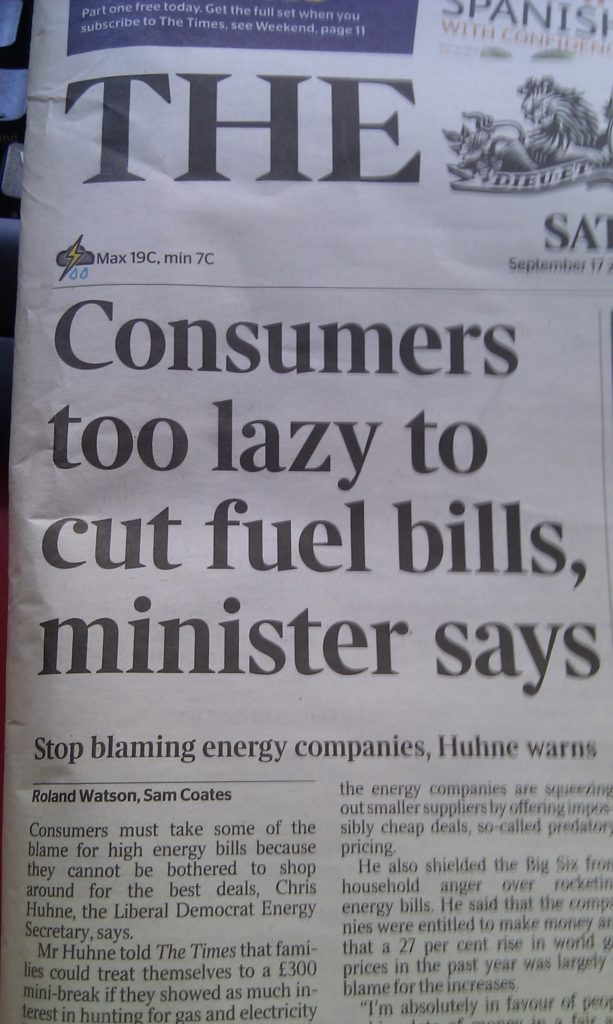 Who does he think he is?

The environmental movement and the UK government previous and present have emphasised that price is fundamental to ‘sending signals’, both to the market to encourage investment in the technologies it favours; and to the consumer to coerce him to modify his behaviour. Neither of them have emphasised the possibility of cheaper, more abundant energy, and the good that it would produce: lowering prices, broadening access to transport, and making people’s lives more comfortable.

With public priorities and expectations so diminished, is it any surprise that energy companies have, in accordance with such goals, created a baffling array of tariffs, taking the opportunity to make more money? That is the entire ethic of energy reduction: more for less. That is the inevitable consequence — and completely in the spirit — of doing things like creating tradable commodities out of immaterial objects, such as emissions-trading quotas.

Enough fighting about the rights and wrongs of climate change, we should be answering people like Huhne with positive arguments for more.