It’s the End of the World… As They Know it

One of the hypotheses posited on this blog is that the preoccupation with the end of the world is in reality a displaced existential, and altogether far more internal crisis. Where you can see climate alarmism, you can see a crisis afflicting the individual, organisation or institution which promotes alarm much more clearly — a decline that is far more vivid than any climate change signal. Today, we see the proof of that hypothesis, in the terminal decline of The Independent newspaper.

Back in 2014, the death of The Independent was half-jokingly forecast right here on this very blog, for a little earlier than it actually happened. 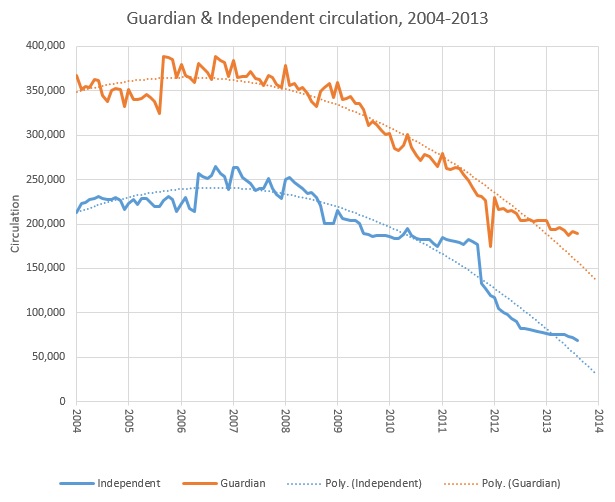 But then again, perhaps it wasn’t premature — arguably The Independent has been dead for a while, it’s lifeless corpse kept twitching by desperate attempts to revive it…

The Independent, esp under @simon_kelner, did many striking frontpages about climate change. Here's a selection… pic.twitter.com/j6MZDUMH2Q 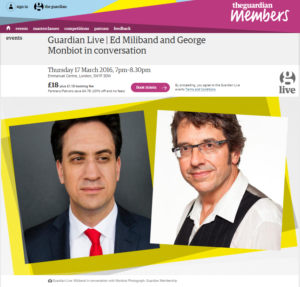 The failed leader of the ailing political party is to pow-wow with the failing newspaper’s prognosticator in chief, about the political failure of the attempt to rescue ailing governments from their failures..

Are we failing to grasp clear global consensus on how to tackle climate change? Join former leader of the Labour party Ed Miliband and best-selling author and Guardian leader writer George Monbiot as we debate the implications of the historic Paris agreement.

As has been observed here, the externalisation of internal existential crises as climate crisis is a phenomenon we can see in politics, as well as in newspaper circulation figures. Miliband represented the worst of political party machinery failing to ‘engage’ with the public… The more detached from ordinary people and ordinary life politicians and political parties become, so the more they seek legitimacy in ideas that are beyond the senses of ordinary people, and the more they locate power above democratic control on the basis of seemingly ‘global’ risks. The Guardian has hitched itself to that cause, because it too is incapable of making sense of the world — the thing that people turn towards newspapers for. Thus, the Guardian has tried to assert itself as more than a newspaper, such is the extent of its identity crisis, after such a question mark emerges over its status as such, its circulation figures dropping so violently.

Of course, the same could be said of other broadcasting and print media’s struggles to sustain their identity as they, too, struggle to make sense of the world. But the Guardian’s attempts to reinvent itself is, first, of more interest to us critics of such things as giant, undemocratic political projects, and second, perhaps the epitome of such a struggle. The futility of that struggle is reflected both in the fact of it putting forward such mediocre characters — abject, proven failures — as intellectual giants, and the raw numbers…

Guardian News and Media to slash £54m from annual budget to curb losses
[…]
According to The Guardian, GNM is expected to lose more than £50m in the year to the end of March, more than double last year’s total.
[…]
As of April last year GNM parent company, Guardian Media Group, had £838.3m in the bank thanks largely to the sale of Trader Media Group.

According to The Guardian, this investment fund has been depleted by more than £100m and currently stands at £735m. At the current rate of spending GNM will run out of money within the next eight years.
[…]
Last month print sales of The Guardian fell 7 per cent year on year to an average of 165,672 and The Observer fell 6.2 per cent to 189,383.

If I understand the figures correctly, then, the Guardian lost approximately £1,000 per daily copy ‘circulated’ in the last year.

For a paper that lectures the world on economic and environmental sustainability, that is truly a remarkable loss.