Oh, to be in England… 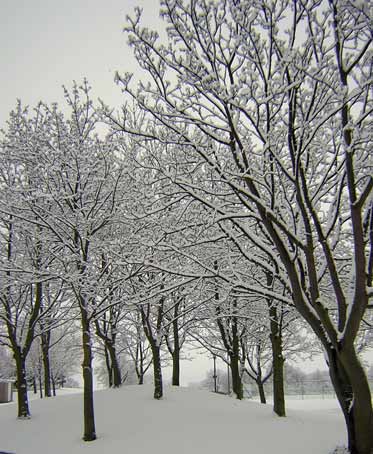 …now that April’s there.
And whoever wakes in England
Sees, some morning, unaware,
That the lowest boughs and the brushwood sheaf
Round the elm-tree bole are in tiny leaf,
While the chaffinch sings on the orchard bough
In England – now!
– Robert Browning

Oh, to be in Heathrow Terminal 5,
Now that snow is there…

British Airways has cancelled more than 120 flights after snow added to the list of woes at Heathrow’s Terminal 5. With 12 flights scrapped from the schedule because of ongoing problems with the automated baggage system, another 126 were axed because of the cold weather.

The record-breaking cold weather recently afflicting China, the Middle East, and Europe, amongst others, has led some to ask questions about what’s going on when we were expecting global warming. Luckily, the experts are on hand to make sure that we don’t stop panicking.

Adam Scaife, lead scientist for Modelling Climate Variability at the Hadley Centre in Exeter, UK, said their best estimate for 2008 was about 0.4C above the 1961-1990 average, and higher than this if you compared it with further back in the 20th Century. Mr Scaife told the BBC: “What’s happened now is that La Nina has come along and depressed temperatures slightly but these changes are very small compared to the long-term climate change signal, and in a few years time we are confident that the current record temperature of 1998 will be beaten when the La Nina has ended.”

It’s all “natural variability”, and La Nina, apparently, this cold spell. But hang on a minute… Wasn’t there an El Nino in 1998 – the year that we’re supposed to get back to once La Nina is over? 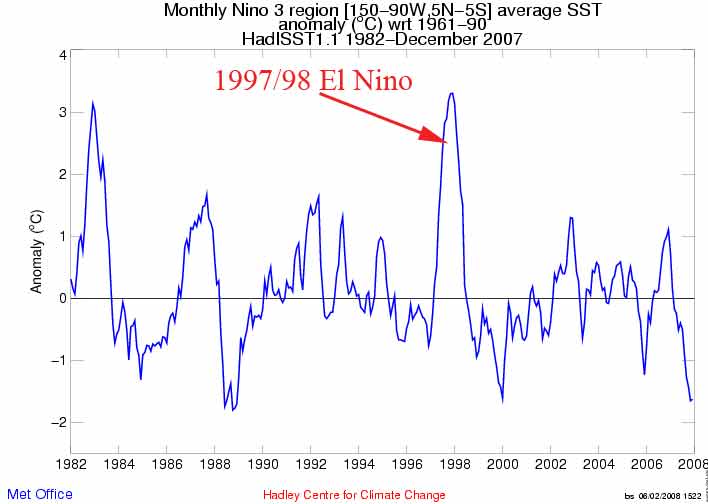 There was indeed. So why are the low temperatures in 2007/8 attributed to “natural variability”, while the 1998 heatwave – which coincided with one of the most significant El Nino events in history – is attributed to global warming?

Back at the beginning of last year, the BBC reported…

The world is likely to experience the warmest year on record in 2007, the UK’s Met Office says.
An extended warming period, resulting from an El Nino weather event in the Pacific Ocean, will probably push up global temperatures, experts forecast. [Jan 4 2007.]

The weather is nearly as variable as those trying to predict it. By August that year, and during one of the wettest UK summers ever, the Hadley Centre had dampened their expectations for the immediate future following the revision of their climate models. As the Guardian reported:

The forecast from researchers at the Met Office’s Hadley Centre in Exeter reveals that natural shifts in climate will cancel out warming produced by greenhouse gas emissions and other human activity until 2009, but from then on, temperatures will rise steadily. Temperatures are set to rise over the 10-year period by 0.3C.

And according to the UK’s Met Office:

Team leader, Dr Doug Smith said: “Occurrences of El Nino, for example, have a significant effect on shorter-term predictions. By including such internal variability, we have shown a substantial improvement in predictions of surface temperature.” Dr Smith continues: “Observed relative cooling in the Southern Ocean and tropical Pacific over the last couple of years was correctly predicted by the new system, giving us greater confidence in the model’s performance”.

To re-cap, the new system had, we are told, correctly predicted the last couple of years, but in January 2007, the group were predicting the warmest year on record, and then, following an atrocious “summer”, they have postponed global warming until 2009, set to return in 2010. Here are those events, placed on the NINO graphic… 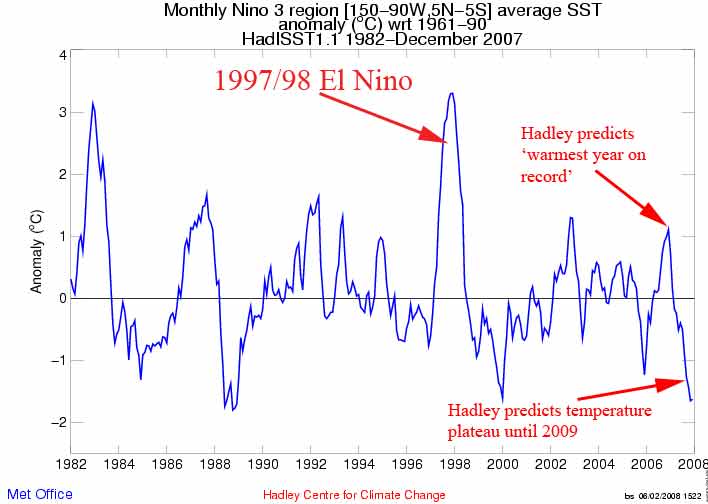 By August 2007, it was apparent that the El Nino was over, and not as significant as Hadley had predicted it would be in January. It was also apparent that La Nina was well underway, and this would have the consequence of driving down temperatures for 2008. From here, it is likely that temperatures will rise after 2010, and that an El Nino event would follow, driving temperatures up again. Safe to say that the MET is on the money when it predicts an increase in 2010. Possibly. Maybe. either way, we have to wait… and remember… until 2010 to see if the gamble pays off.

All of this is not to knock meteorology or anything. We are well aware that an unseasonal cold snap says little about whether global warming is or isn’t happening, or what we should do about it if it is or isn’t. What is well worth knocking, however, is the message provided by meteorologists. They, like Oreskes et al, are increasingly relying on messages of certainty when it suits them, and doubt, or “natural variability” where they can’t provide answers. But this isn’t meteorology; it’s rumour, folklore – the whittling down of complex dynamic systems to simple rules of thumb. And when it comes to folklore, others do it better than the Met.

Back in the olden days, in the days when they had the sort of “stable” climate we are all now expected to aspire to, long before anyone had thunk up global warming or anything, they used to amuse themselves of an evening by singing about how natural variability is always going to happen whether the models be right or wrong. We like to think this one is probably called Climate is a Complex Non-linear Multifactorial System. 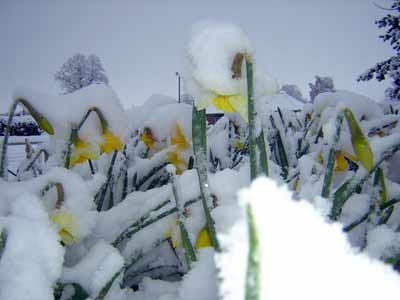